We are overjoyed to announce the 35th Annual Uptown Music Concert Series here in Oxford, OH. Every Thursday night at 7:00 PM, June 24th - August 26th, you'll be treated to a FREE concert in the uptown parks. There will be a talented lineup of musicians each week, ranging from local favorites to regional talent.

Bring your friends & family, blankets and lawn chairs, and prepare to spend every Thursday night listening to music under sunny skies** and starry nights (concerts go until 9:30 PM). Kindly remember to thank and patronize our sponsors for making this much-loved community concert series possible.

** Summer weather isn't always sunny, unfortunately. In case of inclement weather, concerts may need to be canceled. We'll update our Facebook page and change our voicemail on the day of a concert if we decide there needs to be a cancelation.

Opening the 35th Annual Concert Series will be Lee's Junction Big Band. We'll be swinging the music you love most with plenty of room for dancing in the grass to GREAT big band music.

This night made possible by our Gold sponsor, Butler Rural Electric Cooperative, Inc. who has been kicking off the concert series for more years than we can remember :) 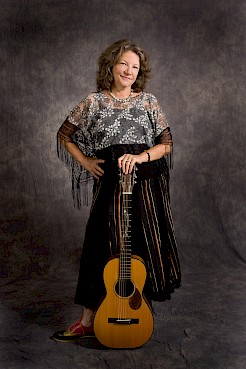 Dubbed the “Belle of the Blues” for her crystal clear voice and charming stage presence, Lisa Biales has released ten albums with her latest, THE BEAT OF MY HEART produced by Tony Braunagel. A town local, Lisa is known for her vocals and bluesy, folk-rock sound. With a high-quality music video and over five albums available on CDBaby.com, there's no shortage of ways to enjoy her music. Come see her as she once again joins our summer lineup. You won't be disappointed!

This night made possible by our Gold sponsor, The Wild Berry who is marking 50 years of business in Oxford, OH. 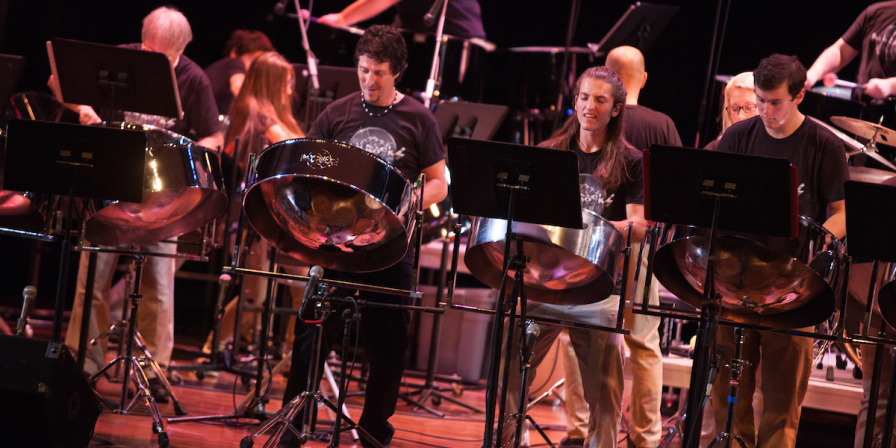 The Miami University Steel Band was founded in 1994. Under the leadership of founder and director Chris Tanner, the program has grown to encompass two separate ensembles with a combined enrollment of over sixty members, and twenty-five university-owned instruments. The ensemble is very active, performing in a number of settings including on-campus concerts, summer park venues and in-school outreach programs. The goal of the Miami University Steel Band is to present excellent performances of quality literature in the steel band idiom, with a special emphasis on original music by contemporary composers.

This night brought to you with support from our Bronze Sponsors, the Chuck's Electric and Oxford Lions Club. 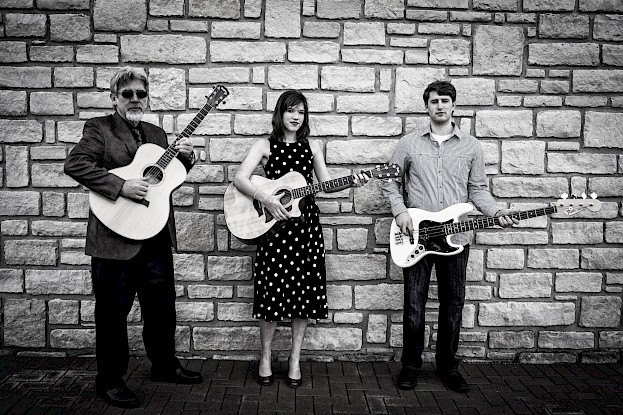 New to the concert series, Anna & the Deeper Well started as the father-daughter-duo Anna and Milovan. The group has been playing for over ten years in the Greater Cincinnati area. In 2012 they added Anna's husband, Luke Moderwell, to the band. Their music contains an eclectic mix of blues, jazz, folk, originals, and pop.

This night made possible by our Gold sponsor, Century 21 Thacker & Associates, Inc. 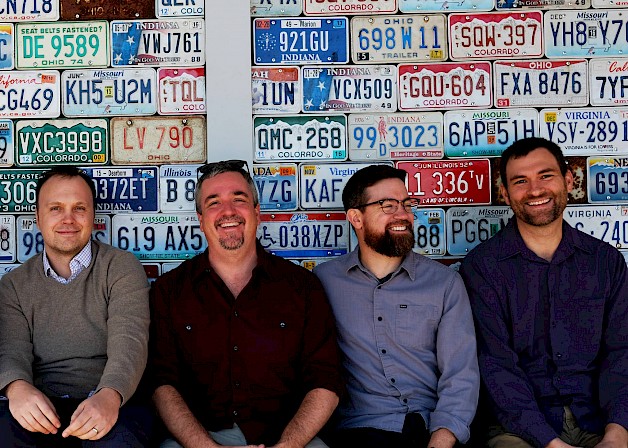 Returning to the Pavilion, we welcome back the fun & energetic rhythms from Queen City Silver Stars. The QCSS are committed to pairing Caribbean and World rhythms with unique ​and thoughtful songwriting in an uplifting, positive atmosphere.

This night brought to you with support from our Bronze Sponsors, the Miami University & Community Federal Credit Union and Oxford Chamber of Commerce. 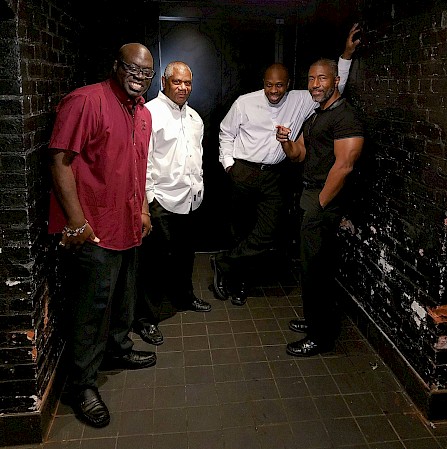 The Mistics have arrived and the party has officially started. Leave your troubles at the door and work your way to the dance floor (um, we mean manicured grass carpet :) Thank you to the Oxford Streets & Maintenance Department!). Total entertainment at its best. The Mistics deliver a night filled with great music and vocal harmonies.

This night brought to you with support from our Bronze Sponsors, Fey Bruder Insurance Advisors and Coldwell Banker College Real Estate. 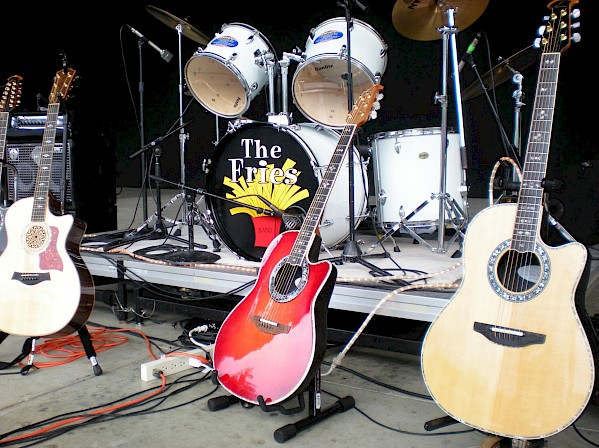 The Fries Band has become known as the premier vocal band in the Dayton area. They focus on very tight 3, 4, & 5 part vocal harmonies that are primarily driven by acoustic guitars with keyboard, bass & drums.

This night brought to you with support from our Bronze Sponsors, Dane Creek Design and L.E. Scofield Window & Door, Co. 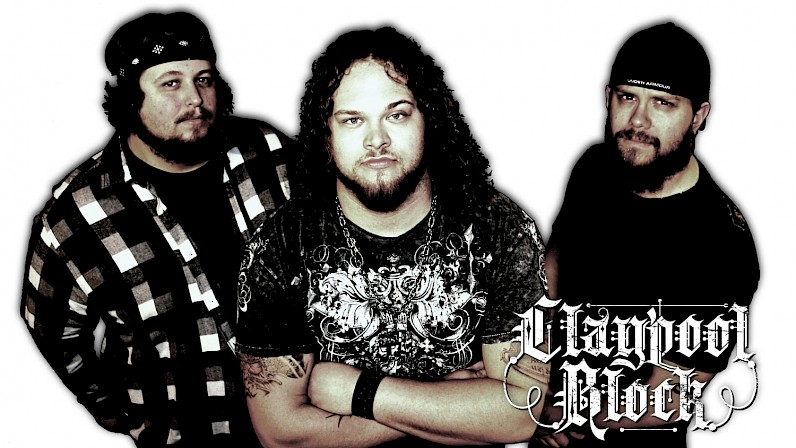 Another newbie to the concert series and bringing Blues & Rock from Connersville, IN, is the band Claypool Block. They have been playing together for 10 years performing an even mix of covers and originals.

This night brought to you with support from our Bronze Sponsor, TJ Maxx, Oxford, OH. 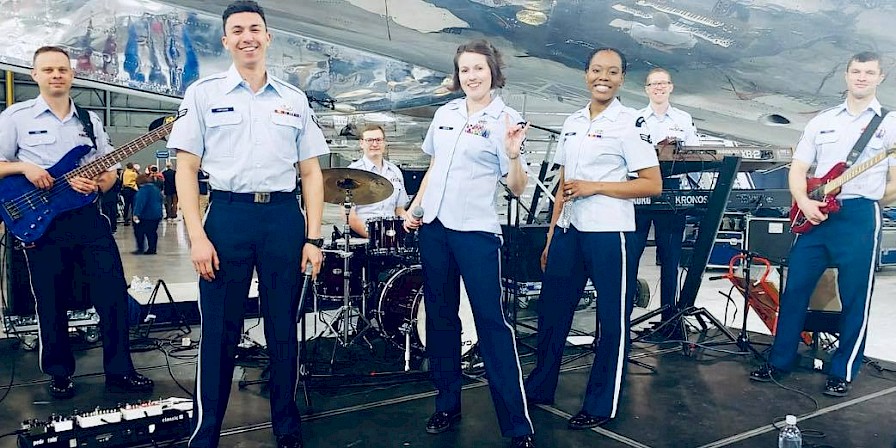 The United States Air Force Band: Flight One is an ensemble that's part of the Air Force Band of Flight. Made up of active military members, this talented group provides quality musical entertainment for both the community and official military events. Flight One features a wide range of popular cover songs that you're sure to recognize and enjoy.

This night made possible by our Gold sponsor, McCullough-Hyde Memorial Hospital|TriHealth (who happens to be one of the 2020 Oxford Chamber of Commerce Businesses of the Year!)

The Butler Philharmonic Orchestra was founded in 1951 (it was then known as the Hamilton Symphony Orchestra) and has been going strong ever since with some of the finest musical talent in the region. This is the inaugural season for our new conductor, Dr. Scott Woodard. The 75 member orchestra regularly performs concerts to a packed house and we're sure that the uptown park this summer will be no exception.

*In case of rain, this concert will be relocated to the Oxford Community Arts Center located at 10 S. College Ave, Oxford, OH.

This night made possible by the Ruder-Bever Family. 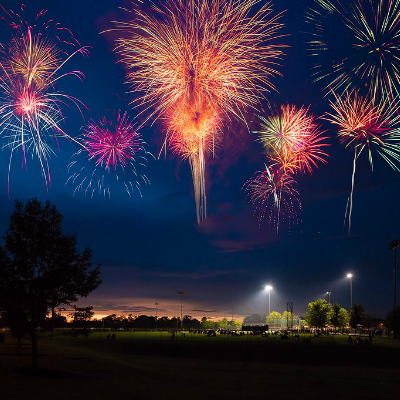 Fireworks and hot dogs and flags, oh my! Summertime in Oxford, Ohio means the entire community gathering together for family-friendly Independence Day celebrations. July 4th may be just one day but... 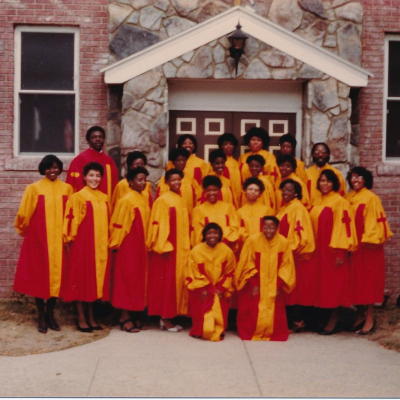 Oxford, Ohio has important Black history around every corner, from the houses you see that were once Black-owned businesses and spaces for community-building to the gorgeous architecture on the... 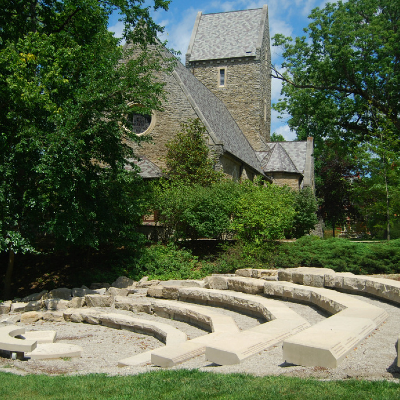 The City of Oxford and Miami University are continuing to put up important plaques and memorial spaces to make it easier than ever for all of us to find the specific spots where Black history in...